A downloadable game for Windows

Uploading an old project of mine: Neo Magiko!

A robotics lab in Saturn's rings has come under attack by mysterious space creatures! - and also big rocks (comes with the territory).

Control special prototype robot Neoxis and defend the lab from certain destruction as long as you can!

Controls:
Aim with mouse
Fire backwards with M1, fire forwards with M2.
Hold M1 or M2 to charge; charging increases the power and/or range of the weapon.
These controls can be switched in the Options menu.

A Reaction for every Action!
Whenever you fire your weapon, you'll be propelled in the opposite direction. Be careful to maintain control!

Defend your home!
Make sure to protect the lab facility in the center of the screen; they have shields, but it won't last forever! However, as long as the lab is intact, you'll be able to respawn as many times as you need.

Switch it up!
The researchers at the lab can't pass up this opportunity to try out new weapons they've created. Every 30 seconds, the weapon you're using will automatically reform into another one, so don't get too comfortable out there...
While you're blasting enemies, some of them will drop bolts; pick those up to unlock more weapons in the Options menu.

Power up!
Every time your robot body is destroyed in the field, it drops a power core. Pick up 10 of these and you'll enter MAGIKO form for a short time!

This game was originally created for a 2 week game development contest on the Mario Fan Games Galaxy forums back in 2011. Hilariously enough, I missed the submission deadline by a few hours due to misunderstanding which midnight it ended on...

The game is a standalone .exe that will unpack/create the files it needs in the same folder as the game whenever you open it (assuming that they don't exist anyways). 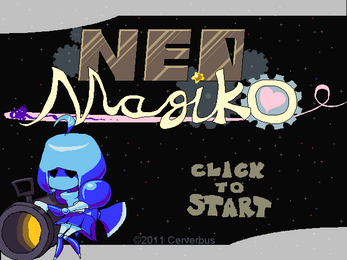 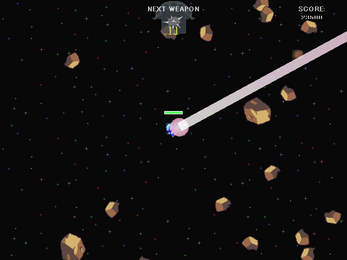 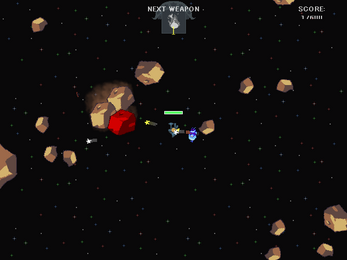 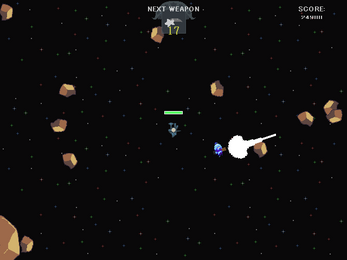